Theme song to Records In My Life: Best Tonight

We've been rather slow at promoting songs from our past album Autonomous but I did finally get around to putting a clip together for our song Best Tonight this weekend.  We had footage of us playing it very early on at the Fox Cabaret, as well as a simple camera on a tripod filming us playing it during the past Rock'n'Roll Marathon in East Van this past October.   Also, back last winter we started making a video with Wayne Hoecherl and dance Taya over in N Vancouver but never really put the final touches to it, so I've kinda appropriated the little promo clip Chris Hooper edited for us into this video as well.  The life of a song on video!

Best Tonight has been used as the opening and closing theme music to the series Records In My Life for the past year.  We though it was time to recognize that and put this clip together to share the full song in video format as well!

We present for your Youtube viewing pleasure "BEST TONIGHT."

Edited by Mark Henning
Footage by  Benn McGuire, Mike Love, Wayne Hoecherl, Combine the Victorious
Dancer: Taya
Thanks to all above and the 1000's of runners in the 2016 Rock n Roll Marathon.

Download the song from Bandcamp
or download from iTunes Music Store
or Stream on Spotify
on November 28, 2016 No comments: 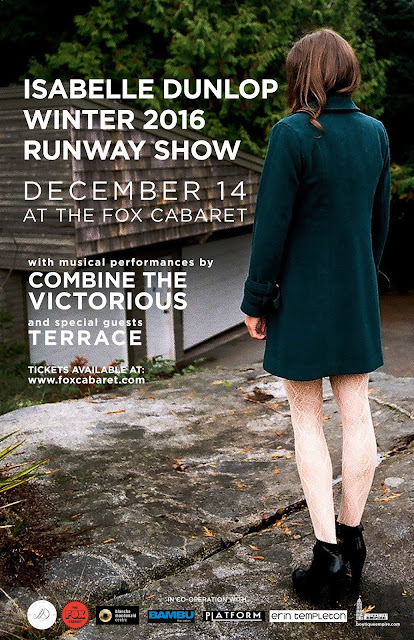 We are really excited to be the musical portion of this event, the Isabelle Dunlop Runway Show at the Fox Cabaret.  The night promises to be a blast, with the evening starting off with the fashion show to be closely followed by a showcase set by Combine the Victorious and a full headline set from the brilliant dance band Terrace.  A special shout out must go out to Leigh Grant for joining us on drums at this show.  He's been a true blessing on the kit, adding so much energy and good vibes.  we are really looking forward to this show!


We'll be performing a brand new song at the show, as well as using our fantastic remix of Real Life Turns Me On for the fashion portion.

And of course you can always catch up on all the Combine the Victorious music on Spotify if you're using that service.


We highly recommend you check out the music of Terrace as well, they have a new album with a lot of great material on it!  Here's a new single from the band.

Tickets are only $10 and can be purchased online here
Here's a link to the Facebook event as well.

We were asked to perform again at this year's Rock n Roll Marathon here in Vancouver.  Of course we said yes, because who doesn't love waking up for a Sunday 6:30AM load in to play a cold wet stage in the darkened corners of East Van?  (I only half kid about that.) Yes, we will be blasting our songs out to the thousands and thousands of hearty runners who take part in this half marathon.  It's been fun the last couple years so we're looking forward to it. 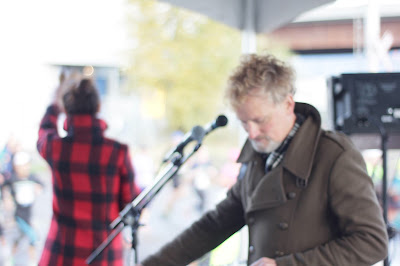 Even more importantly we have booked a show at the Fox Cabaret for December 14 2016 as part of a full Boutique Empire evening.  To start the night will be an exclusive Isabelle Dunlop Clothing fashion show, with co-operation from David Briker's store Platform, and Erin Templeton Bags.  The fashion show will be followed by a live performance by Combine the Victorious,  who shall be joined onstage by Leigh Grant on drums, and we shall conclude the evening the band Terrace  with the dance music of Terrace.  It promises to be a wonderful and fun evening.   CV will be celebrating the release of a new single, "What's Goin' On In Your Head?"

Posters and more details to follow.  If you're in Vancouver please keep 12.14.16  open.  It'll be a very great night. 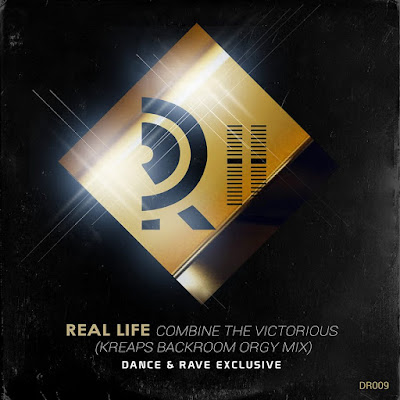 We are stoked to announce this remix of our song "Real Life Turns Me On."  Produced and mixed by none other than Ben "Kreap" Crea from Melbourne, Australia, this is possible the best track we've ever had the pleasure of being part of.  A disco masterpiece that is now be offered by the fine people of Dance and Rave.com.   Have a listen, have a dance and put it on repeat!  This one is a killer! 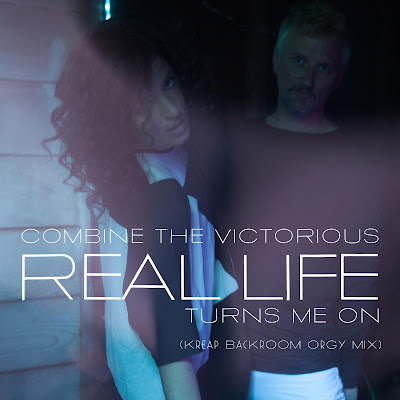 We have entered this year's CBC Searchlight contest and hope you'll give us a click of support.  Voting is only a portion on the rating's system but it always helps to have some audience support.  Plus we are hoping that this contest will extend our listener-base beyond the borders of the  Vancouver area.  Prizes include $50K, Yamaha gear, and flights to the final awards show.  Please have a look/listen and vote! 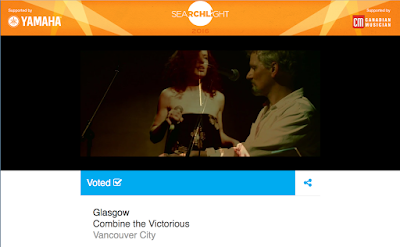 VOTE for Glasgow by clicking HERE.


Thanks.   We also have an intimate performance coming up at the Isabelle Dunlop Clothing store April20th 2016.  We'll be doing a couple brand new songs that we've been working on this past month.  All part of the Chuk Foto exhibit that is opening than evening,

We are both pleased to present our new video of Glasgow being performed live at the Fox Cabaret.  This is a new arrangement and performance our one of our best songs, and both Isabelle and I are rather excited about how well it's all turned out.

Filmed originally when we were opening for Sex With Strangers at their CD release party at the Fox Cabaret in Vancouver, Canada, we'd almost forgot we had this footage until about three weeks ago when I refound the folder I'd put everything into.  I think both of us were surprised at how great it looked and I decided it was worth editing together.  This is our live version, it has a different arrangement with new loops and sounds from the Crumbling Hearts version from 2012.   Because we performed this as a duo, I changed a lot of the tracks and made it entirely electronic, with new loops and way more synths!  I think it works as well as the original, with a somewhat dreamier sound and obviously no guitars.

Performed by Isabelle Dunlop and Mark Henning
Filmed live at the Fox Cabaret, Vancouver, BC, Canada.

listen to the original version here 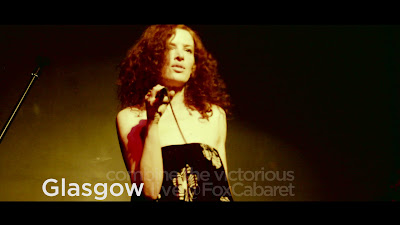 Isabelle and I had a great time down at Roundhouse Radio on Tuesday afternoon and are pleased to share our interview.  We discuss music and fashion.  It was a lot of fun and we performed a couple songs acoustically: Glasgow and Brotherhood.   Have a listen, we are both rather pleased with it.

Click the link to jump over to to the interview.