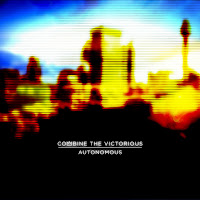 We are pleased to announce we'll be performers at this year's Rock'n'Roll Marathon in Vancouver.  We were a part of this race last year as well and had a surprisingly good time doing it.  There is something very rewarding to having 10 000 runners pass by your stage and give you the thumbs up and cheers as they run past!

This year in addition to the Sunday half marathon they have asked us to perform on the Saturday Seawall run as well.  So if you're a part of the R'n'R Marathon we'll be seeing you on both days.

The concept behind this Marathon is rather appealing.  The race course is lined with live acts that will provided music for the runners as they traverse the course.

The first 10K run is on Saturday Oct 24th and the half marathon is Sunday Oct. 25th.  Maybe we'll see you there.

For more details of the marathon please click thru the following link:  Rock'n'Marathons: Vancouver
on October 14, 2015 No comments: