Sunday at The Reef 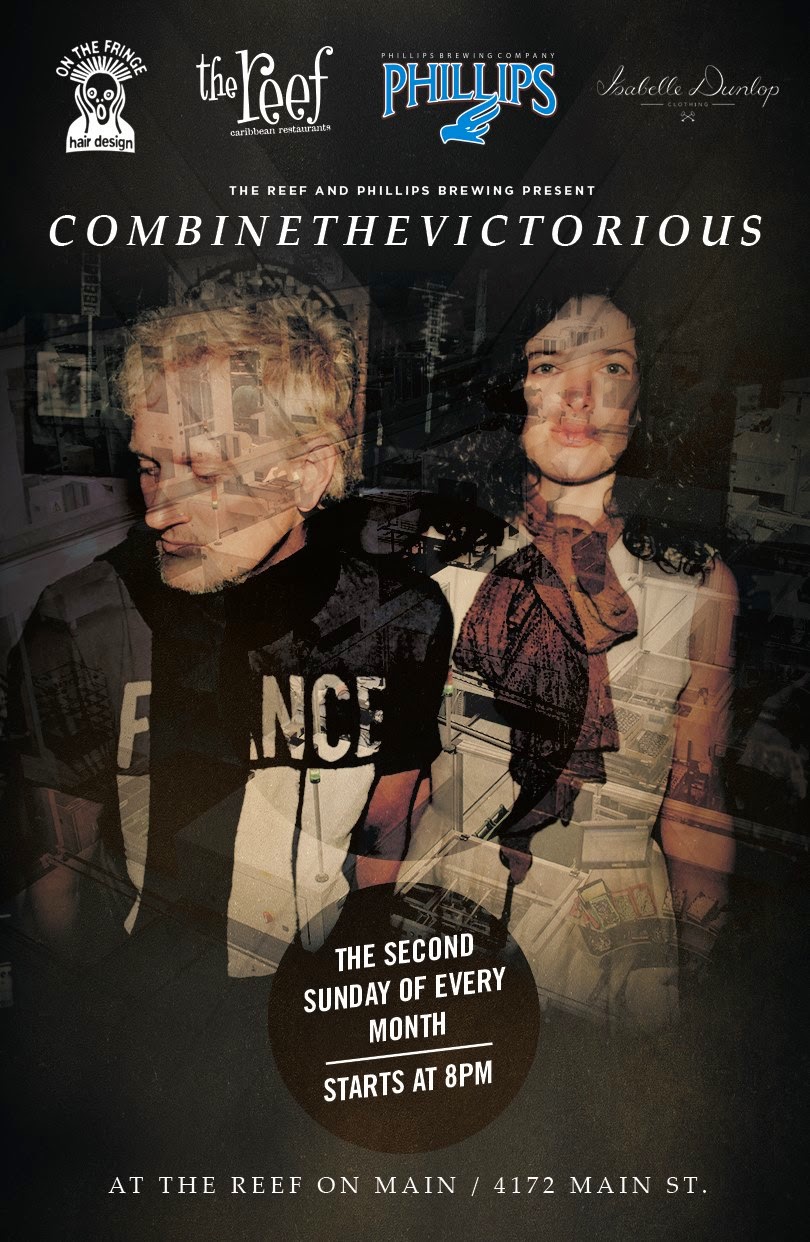 We will be performing live at The Reef, 4172 Main St, Vancouver, this coming Sunday, November 9th and the second Sunday of each month following.  We're going to be trying out new songs, as well as reworking tracks from our last releases.  Come in out of the rain and warm up at with us as we prepare songs for our next album.  It's a great vibe.
on November 03, 2014 No comments:

This past week we had the pleasure of Don Harrison (guitarist of Sons of Freedom) join us in the studio to lay down some tracks for two Combine songs.  One is a reworking of a favorite that sounds dramatically different from its prior incarnation, the other is a new song that we'd kinda pulled off the stove in the summer to regain a little objectivity.

For those who may not know Sons of Freedom, or Don Harrison, I feel duty bound to sing their praises!  (here's a link to an early single "Criminal" - perhaps you'll remember?)  SOF was one of the coolest and most important rock bands in Canada back in their day.  Though never a popular as some of the contemporaries, Sons of Freedom were a seminal act with a powerful rhythm section and precise dual guitar sound that could melt your face live (as they just did at their reunion show this past October) but still allow you to have a bit of a dance while they did it!  Don is a brilliant guitarist with chops and style for days!  His parts have energized a song that I've been labouring over for a few years now.  It's so exciting to hear the new tone of the song, something I was worried might never be satisfied with for a while now.

We're keeping the songs under wraps until we're ready to do a larger push for the full length we've been recording for what seems like ages now.  The songs are falling into place and the tone and vibe are really starting to take their definitive shape.  We can't thank Don enough for his contribution: something I hope to enjoy again soon enough.  It's such a joy to have such talented friends!

In between everything else we're also working on videos while we finish the songs, so hopefully we'll be able to debut a new clip before the end of the month!

Thanks for reading
M