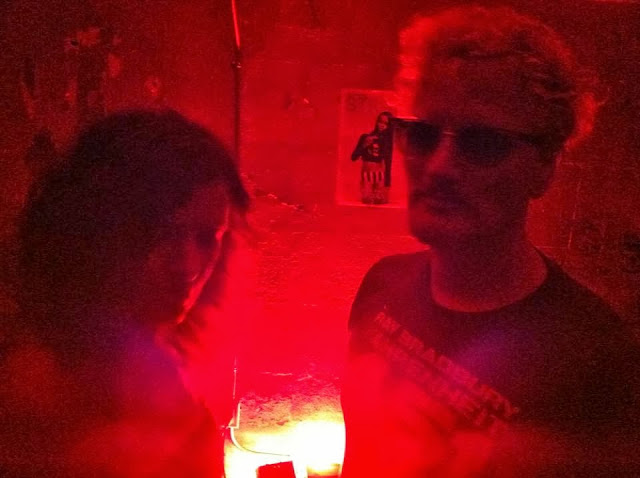 We have eight songs almost ready for mixing now: the new album has started to really take a sound.  Over have the songs have a definitely disco feel to them: three were written in one days last month!  There are a few that we've written from scratch with Juice and Misty that sound a little more 90's but still all related to dance music.  I guess our next album is going to be quite a party record!

Stay tuned, we are going to start sharing songs very soon!
M
on September 29, 2013 No comments:

Overtime, new song in the works

A couple weeks ago Isabelle and I started writing another new song, titled Overtime.  This one came from a late night jam, where we were just messing around looking for new sounds and ideas.  Isabelle started singing "overtime, on my mind" and we both thought it was a funny thing to sing about.  (Juice has the week before been doing a lot of driving for his work and mentioned how at least he was getting overtime for the hours wasted in traffic etc).  However, when we came back to the idea a few nights later I think we both recognized there was something more to it.

Two night ago we were working on it more and Juice came into the studio and offered to track live drums overtop of the programmed beats.  The addition of his playing gave the track a lot more energy, and then he recorded a few passes on guitar to expand the sound even more.

We're getting close with a few other ideas simultaneously.  I think September will be a very productive month to finalizing several songs, including a couple instrumental dance tracks that are sounding better than anything we've put together in that style yet. One is currently titled "Dasmascus, From the Airport, By Cab" and the other "Do the Right Thing." Very fun.

The album is taking shape and the scope of the sound is starting to make sense.  I think we'll have our greatest work yet when it's all done.  We are playing with the idea a re-recording a couple songs from Crumbing Hearts in order to capture the energy the live band has created with them, especially Glasgow which sounds phenomenal with all our energies going.

Anyway, just a short note today, as we're heading out to enjoy the beach for one of the last times this season.

We're taking a bit of time off writing and recording the new album so Isabelle can run her first ever Gastown Pop Up store.  She's taken over the Tait store at 330 W. Cordova St from Sept 1st thru Sept 5th.  We set up the shop on Saturday night and had a fun night with friends trying on her designs and rearranging the shop.  Check out Isabelle's blog to see her creations:  isabelledunlopblgospot.ca 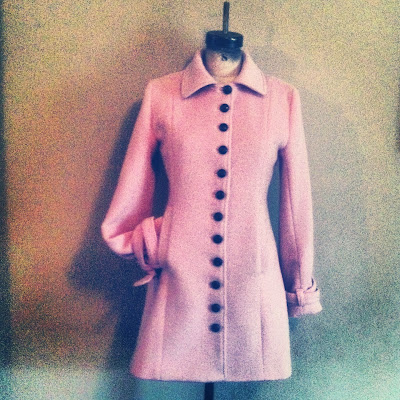 As an added spot of fun we are also going to be performing an in-store show, where we'll debut one new song and reinterpret a couple favorites off Crumbing Hearts.  It's been a unique learning experience to reduce the arrangements down to just an acoustic guitar, and even more fun to explore the sounds you can create using an iPhone for accompaniment.  Might be our most succinct sound yet!

If you are downtown Vancouver on Thursday night cram in with us (it's a nice cute little place) and share a glass of wine, look at the remaining pieces on the racks, and take in our intimate acoustic set. 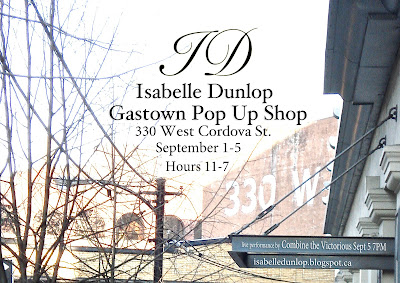