I had a lot of fun this past Friday in Bank Vault Studio with former Pure bandmates Jordy Birch and Leigh Grant.  It was the first time since 1994 when we were recording Generation Six Pack that the three of us have all been together in a recording studio!  Leigh came downtown to put down some drum tracks on four Combine the Victorious songs with Jordy helping out with production.

The day began as it must, in a music shop.  We picked up a rental kit from Tom Lee after a nice perusal of the Steinway piano room upstairs.  It's an understatement to say it's pretty nice playing on a nine foot grand!  Anyway, we grabbed a kit and went to the Bank Vault and quickly set up.  Leigh is probably even better than he was back in Pure days, he locked in with the songs effortlessly and has really given everything a great burst of energy.  After hearing a couple of these songs for almost a year with programmed drums it was liberating to hear a human take on the music.

We tracked drums on a couple songs that Isabelle and I had written with Justin "Juice" Kadis and Misty Reid last year: Coming Down and Hardly Spoken.  I also had him drum a live take on our new version of Smoke and Choke that's being co-produced with Adam "Wonderbro" Percy.   Finally we tracked drums for a brand new song that is currently called Got it Going On.  It was a very productive day that brought back many good memories and made me wonder why it's been so long since we've all worked together!

Yesterday while hanging out at Isabelle's clothing store on Main Street, I sat on the lovely vintage couch and started editing the tracks on my laptop.  It's incredible how much vitality his drums provide to the songs.  Hardly Spoken has taken an interesting turn, as Jordy asked Leigh to try a double time Drum and Bass approach to the verses.  Suddenly he was playing 16th notes at 194bpm!  Crazy!  Then we switched gears and dropped to a half time chorus and the song transformed itself into something stunning!  Can't wait to finish that one. 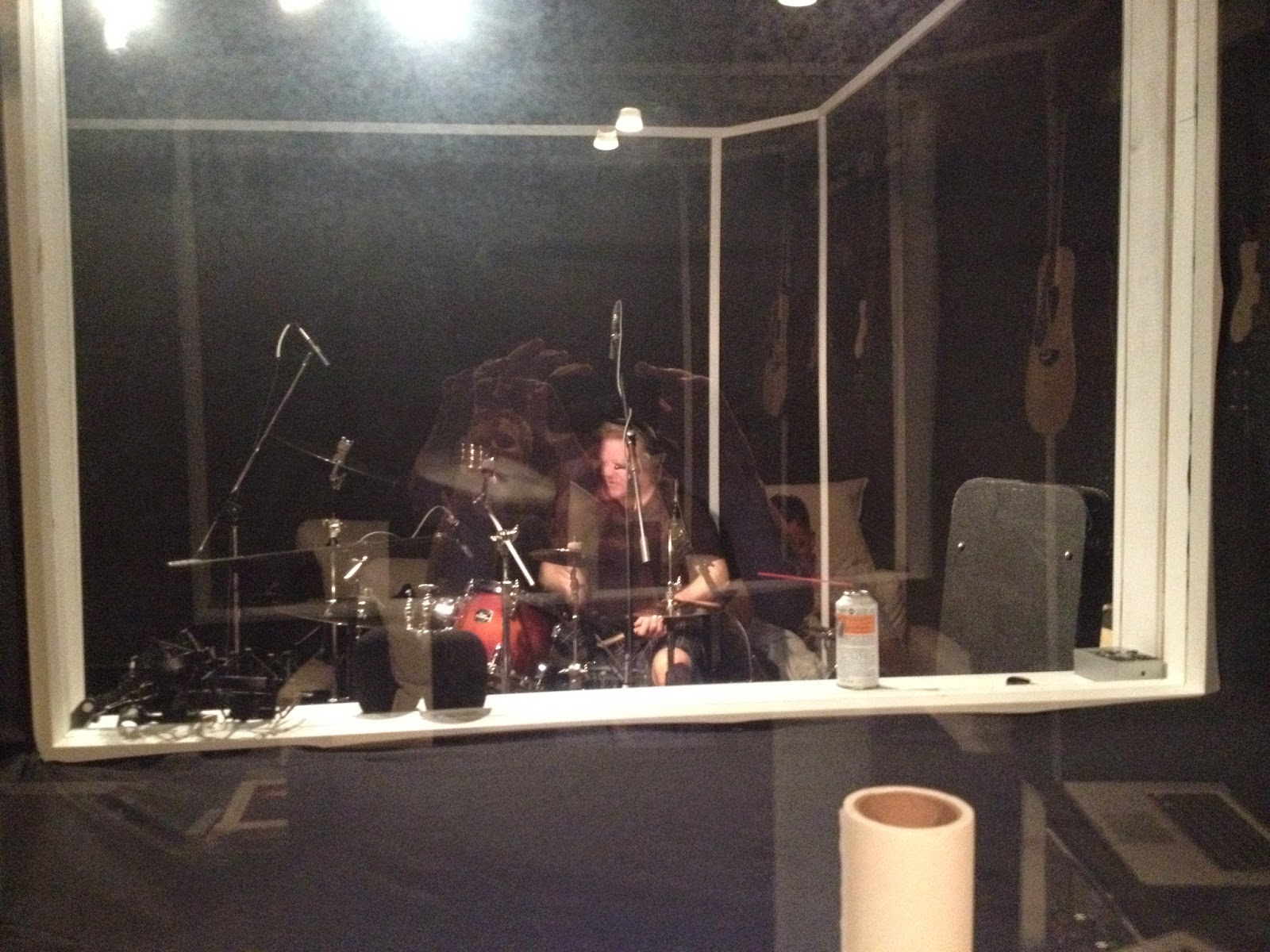 We will be performing this upcoming Friday May 2nd at Chapel Arts as part of the A Change of Frequency benefit that Minna Simko has brought back for a second year.  Last year's benefit raised over $5000 for Mental Health Canada, so we all hope this year can do as well!  Isabelle and I will be performing as a duo with our electronic set and four keyboards.  Our last show at the Backstage Lounge was so much fun I know we're both excited to do it again.  (all in preparation of playing a couple shows in Scotland this summer!)

Thanks for reading, stay well,
Mark

I've just spent the past week working on a new song called The Best Tonight.  It was built on the back of another song we wrote last year called Overtime.  Recently we'd cut a version of Overtime with Jordy Birch producing, and even though he pushed us to get a great vocal performance, after the glow of studio excitement faded the song just seemed to lacking something.  The recording was great but the song itself seemed to lack that little spark it needed to make it important.

So, while I was attempting to "fix" the original song a new song started to appear from the work, a better song actually.  The Best Tonight is kind of a story song, our story.  It happened quite naturally, and was initially effortless to get down on tape.  However, like so many other tracks in our history, under the sober light of day I felt a bit uncomfortable with the very literal vibe to the lyrics and we set about trying to rewrite them.  It's taken all week but I think finally we have a way to say what we want to without being too cheesy or blatant.

I'm working in the studio this afternoon attempting to get a new vocal recorded and thought I'd share the progress report while I eat my lunch.

In other news we're quite excited by a new collaboration with Julian Growcott on guitar.  We'd played a show with Julian's new band The Vaporettos last month and we started talking about doing some recording together.  He's just sent over a rough mix of his new parts to our song Coming Down and I'm really excited about the new ideas he's adding to the song.  This one was one we'd written last year with Juice and Misty, and I think it'll be the opening for the next album.  It started very moody and them evolves into a big singalong jam at the end (a bit of a throwback to The World Over honestly).  I'm excited to get the mix done so we can share it with everyone.

Ok, gotta drink a bunch of water and get ready to sing.  Isabelle's at her store this afternoon and I want to have a finished version for her to put her harmony to before she gets home tonight!

Thanks for reading, hope you all stay healthy and inspired!