Hey, we have a really busy week ahead of us and just wanted to share a few of the things going on!

Tomorrow night we'll be performing live on the radio up at SFU on Sound Therapy Radio on CJSF 90.1FM.  The show is on at 7PM pacific time.  We'll be debuting our new song Hardly Spoken live on air,  plus two other favorites from Crumbling Hearts and some conversation about our new line up and what's coming up!

If you miss that we are also appearing on Co-op radio 100.1FM at 3:30 on Wednesday afternoon.  I want to reveal our new amazing remix for Smoke and Choke as well as the other songs that will be included on our Rec:13 sampler for the show on May30th.

Then we finally get to perform live on stage!  Thursday night is lining up to be our best show to date. We've got a new video to debut (Smoke and Choke), a fantastic set filled with four new songs, special effects and lighting lined up, and of course a brilliant line up to share the stage with that night.   We'll also be offering a 4 song sampler on the night featuring a song from each of the performing artists.

As if that wasn't enough Isabelle is also having a fashion sale on Saturday evening in Gastown (which I'll be DJing to ensure we have the finest vibes on the street!).  After that we'll be moonlighting over at Lanalou's with Guilty About Girls just to make sure the weekend is absolutely bonkers!

Gonna be great, if you miss the radio please make sure you make the show.  The line up of musical talent is wonderful and the venue is great. 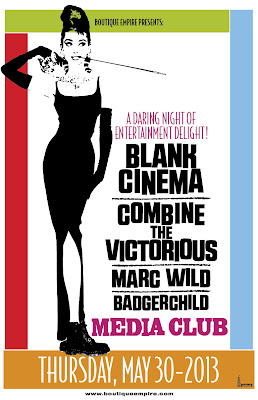 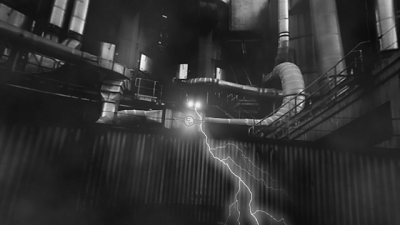 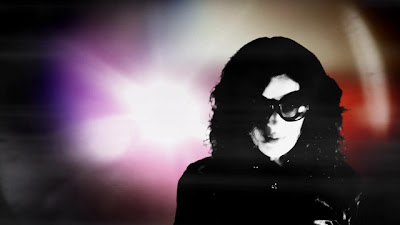 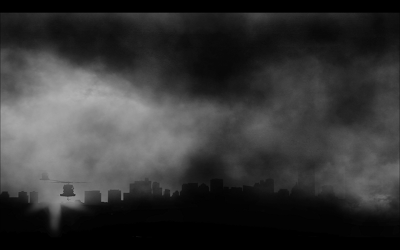 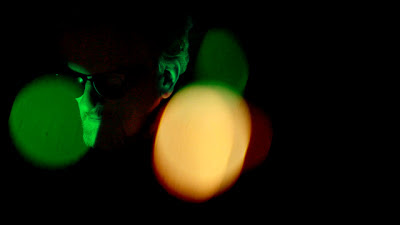 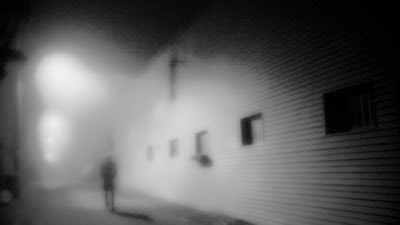 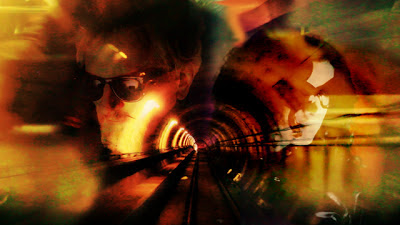 Make sure to join us next Thursday, May 30th at the Media Club for its debut along with four songs that will make up part of our next album!  The entire evening is going to be excellent, so dont' miss it!
on May 25, 2013 No comments: 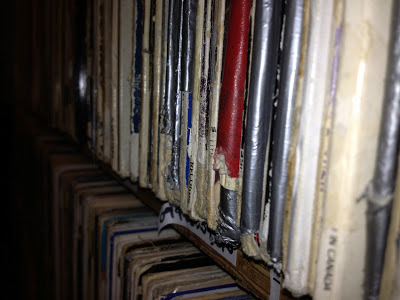 We wanted to do something a little different for our upcoming show at the Media Club on May 30th so we've decided to offer a small sampler of music from each of the artists involved!  It will be a small run of only 50 copies, with original artwork and new material from each band (all for five bucks).  Combine the Victorious will be offering two new tracks, and there will be songs from Marc Wild and Badgerchild as well.  This weekend I heard the new songs that Blank Cinema are contributing and was really impressed by them.  I think their song Destroy Together is an outstanding track!

Blank Cinema has been playing around Vancouver for a couple years now but this new material is the most focused I've heard to date.  Feeling really good about sharing the bill with these guys, it promises to be an excellent night of music!  Make sure you get there to see the entire show!  Doors at 8:30 performances begin at 9PM.

Check them out over on their page: Blank Cinema - lot's of things to watch and listen to.

Great Night @A Change of Frequency

Just wanted to leave a note stating how much fun we had at the "A Change of Frequency" festival on the weekend.  Both nights were good but Saturday was especially enjoyable for us! A positive, life-affirming event that brought together several generations of music lovers in a lovely venue all for a good cause (Canadian Mental Health Association).  Minna Simko did a brilliant job organizing the event and I think everyone involved had a great time!  The Columbia Theatre proved to be a viable theatre to hold such a show and I wouldn't be surprised if it became an important live music venue, just as Todd Simko always dreamed it could!

We performed a short set (there were eight bands each night) that contained two new songs and two favorites from the Crumbling Hearts ep.

Debuting for the very first time was the song written specifically in Todd's memory, Brotherhood as well as our new song Hardly Spoken (which we shared last week).  After those we performed Crumbling Hearts and concluded with a truly epic version of Glasgow.  The response was overwhelmingly positive so we're doubly excited to be playing a full headlining set for our upcoming show at the Media Club on May 30th!

It was an added bonus to also be performing as Pure later in the night, where Jordy Birch and I were joined by Leigh Grant for a very authentic version of Denial.  Juice was the busiest man in showbiz that night: not only did he play guitar with Combine and Pure but he closed the night drumming with Fine Times as well!  No stopping that guy!

Big thanks to everyone that helped out at the venue, Bob, Brian, Boris, Chris, Jason, the MC of the festivities Stephen Hamm, and to all the bands that contributed their time, and the great audience who helped make the night such a success! I'd also like to add that it was a pleasure to play a show that was open to all ages.  Nothing more enjoyable than seeing a dancefloor packed with happy children dancing with their parents!  I wish Vancouver could get its act together to allow such positive integration of people to attend shows together in our city too!  Well done New Westminster!

Next up is the show at Media Club.  Keep May 30th open, it's promises to be our best show to date and we've got a solid lineup to ensure all go home happy and musically satiated!

A Change of Frequency Tonight!

We shall be performing tonight over in New Westminster as part of the Change of Frequency festival.  Combine the Victorious will be on around 8:30 and we'll be debuting two new songs, one of them written specifically for the event.  It's titled Brotherhood and was written about our departed friend Todd Simko who left us last year.  The other is the song we revealed earlier this week called Hardly Spoken.   The four of us are sounding exceptionally great and really looking forward to this one.

We checked out the Columbia Theatre last night and I have to say it's a lovely venue, with great sight lines, acoustics and a cool stage.  Quite looking forward to sharing our music in such a venerable space!

Hope you can join us, and then stay for the Pure / Guilty About Girls set (which shall contain all of us with the added bonus of having Leigh Grant join us for a very authentic rendition of Denial).  Lots of talent on stage tonight, and it's all to benefit Canadian Mental Health too! 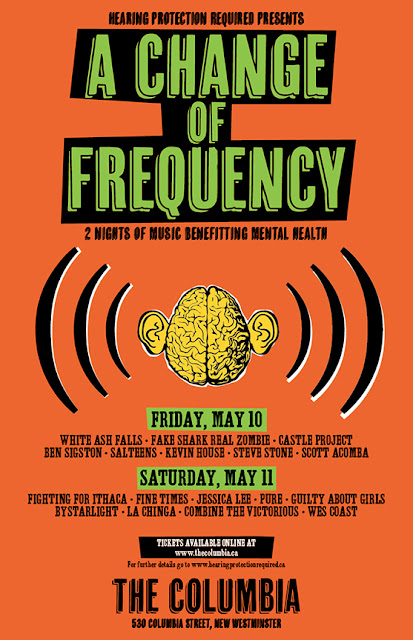 Quite excited to be sharing some of our brand new material that we've been working on. This one is the first song written by the new Combine the Victorious lineup.

Begun back this past winter from a lucrative improvisation, Hardly Spoken is the first song by Juice, Misty, Isabelle and me all working together. The sound relates to where we were headed with the Crumbling Hearts ep, but there is so much more going on now. The addition of Misty's Rhodes keyboard part, Juice's flowing guitar work, the story of the lyrics from Isabelle, and the not so subtly eastern electro-disco keyboard parts, all add up to something bigger, more complete, dramatic and danceable. Our direction seems to be solidifying: perhaps all the comparisons to Abba weren't misplaced!

Have a listen and let us know what you think!


We'll be performing this one on Saturday night at the A Change of Frequency music festival, along with debuting another one titled Brotherhood (written specifically about our departed friend Todd Simko).  If for any reason you can't make that upcoming event please join us on May 30th at the Media Club for our video release party, where we'll not only exhibit the Smoke and Choke video but also reveal even more new material all headed for our full length album release!

Thanks for checking it out,
MRH 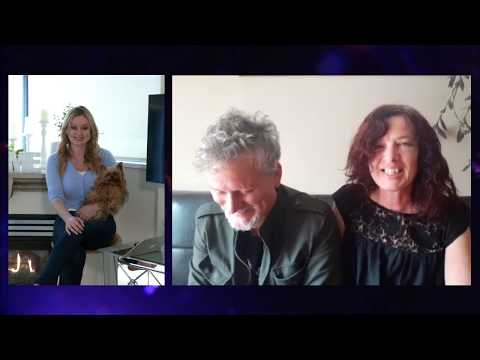