The Polyphonic Spree and Obsessive Listening

A few weeks back we had the pleasure of seeing the Polyphonic Spree perform live here in Vancouver.  That was the second time we've witnessed the spectacle of that massive band performing in our city.  This show, though a little smaller than the previous one we caught on their Fragile Army tour (I think they had 21 people on stage then, this tour had 17) was just as enjoyable, maybe even more so as we were closer to them all in Venue than we'd been at the Commodore.

I kinda admire and love The Polyphonic Spree.  They have good songs, a wonderful live show and an inherently positive feel and message to their music.  Tim DeLaughter is a great frontman for the band, conducting them with passion and humour.  If you haven't seen The Polyphonic Spree yet, do so, they are more that worth whatever the ticket price may be, and will reward you with energy for days to come.

The weekend we saw the band I decided that buying their latest album (Yes, It's True) wasn't really supporting them enough.  I mean with all those band members, even going to the show can hardly make a dent in their expenses.  So I figured I'd play all their albums on repeat for the entire weekend.  We had The Polyphonic Spree going night and day in our house for the Saturday and Sunday following the show streaming on Rdio.  It was all in attempt to gift them another dollar or so to help them keep going.  I believe the final tally was 350+ plays, which at $0.0034/play should earn them about one  dollar.  (Streaming site pay out after 60-90 days).  It's hardly going to change anyone's finances but it does do a few little things.

One; it creates motion around their songs.  I have our Rdio account hooked up to our Last.fm account.  That means that what ever we play from gets counted on Last.fm and goes into their statistics.  The spins get counted and numbers move.  Once again, one person with a computer can't really generate the kind of numbers to place a band on the top 40 charts alone, but it does mean that our avatar shows us listening to the PS and perhaps someone poking around on the net will be intrigued enough to click thru and give them a listen too.

Two; it does pay the band a tiny bit more, hopefully encouraging them to continue making great music.  Even though I've already purchased their albums I still play them back (when at home at least) from Rdio in order to send a few pennies more into their coffers.

This past week it's been The Replacements and New Order that've been on high rotation.  It's been a pleasure to revisit those albums from the 80's once again.  Even though we still have almost all of their collection on vinyl, and some on cd, it's good to think that even listening to them on streaming radio can put additional money into their account.

So I guess I'm suggesting that you try the same if you use Spotify, Rdio, Deezer etc.  Maybe take a day and load up a playlist of your favorite albums and let it play all day.  Certainly any local indie acts you may know would benefit from this kind of love.  It's more than the pennies that count.  Those plays eventually make the act appear on charts, giving a better impression to new listeners, and hopefully create some momentum around a release to help spread the word.  You've probably seen it many times: a video with higher plays continues to get more clicks, while another song with lower play counts is passed over.  We instinctively seem to prefer going with the popular option as a short hand to learning a band's music.  Fair enough, I've done it for decades too.  But it's when you go deep into a catalog that you truly learn the full scope of an act, and hopefully discover the hidden gems that reward the true fan.

It's hard to make a living from music.  It always has been but it's even more difficult now. I know the numbers are miniscule from these streaming site but let me recommend you binge out on a few favorites and send them some love anyway.  Start a wave!
on August 27, 2013 No comments:

DJing at Common Courtesy this Satuday!

Isabelle and I will be down at Save on Meats (43 West Hastings) this coming weekend spinning vinyl for their Common Courtesy night.  It's a casual place, serves good deli food, drink specials, and has a couple turntables set up right in the front so we can get the place hoppin'!

In preparation, this past Saturday night we took several hours to go thru our vinyl collection and pull out some old favourites from the 60's, 70's and 80's.

We have a few good ideas of what we'll play and quite looking forward to sharing a few hidden gems with everybody!  Come on down. 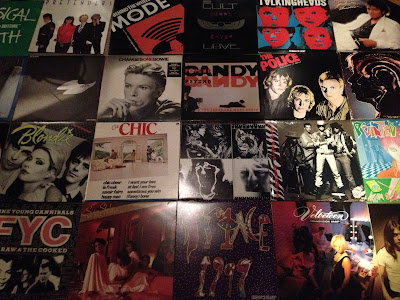 We also want to add that Isabelle will be having an Autumn Fashion Pop Up starting on September 1st at 330 Cordova (we're taking over Tait until Sept 5th).   Combine the Victorious will be performing an acoustic set down there to celebrate the sale on the Thursday night.  More info to follow!

In the mean time, if you want to socialize and have a dance with up please come by Common Courtesy August 24th.  8-12PM.

It's been probably the best summer I can remember here in Vancouver.  With all this sunshine it's been hard to really settle down and get work done in the studio.  However that is just what we've done these past two weekends.

We've been writing new songs and it seems as though we now have two new tracks we're excited by.  One of them is a co-write with our good friend and Crumbling Hearts co-producer Stefan Sigerson.  In a burst of inspiration we came up with an entirely new song in a matter of an hour.  It's still very loosely arranged and we haven't finished the lyrics yet, but the chorus is a good one and I expect we'll enjoy completing this track together.

The weekend before Isabelle and I started writing another one as well.  We had a hook and a melody but not much else after the first day of work.  Juice dropped into the studio to offer some fresh ideas and give us the chord progression for the chorus (which thru subsequent manipulation seems to have taken a step towards The Police!).  This track is titled "Overtime," the title came from Isabelle.  It just kind of dropped out and stuck.  Overtime is a very summertime kind of song: warm summer evening, driving with the sunroof open, looking for the best music to dance to.  I think we've got an arrangement and the lyrics sorted out but there's still a lot of recording to do before it's ready for air time.  I'm hoping our mutual love of New Order will summon some inspiring musical passages.   Perhaps Stefan can assist us on this one too!

Thanks for reading, and if you're looking for some good new music I don't think you could go wrong checking out Common Courtesy Vol 1.

Isabelle and I were rehearsing in the living room yesterday and decided to record our version of Glasgow acoustically.  With the beautiful summer sun shining in the background we ran through our song with an more intimate version  than the Crumbling Hearts recording.

It's interesting to translate our songs from full on productions to something so stripped back.  Makes a challenge for my limited guitar playing but really helps bring focus to the singing! 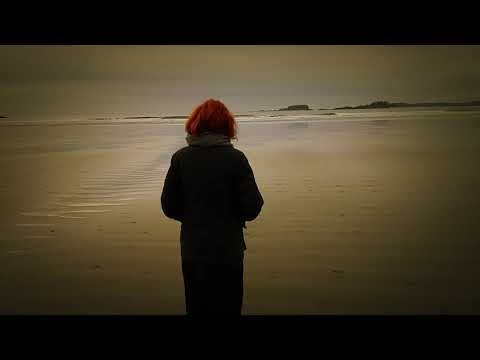